How to Brew Loose Leaf Tea

All tea is prepared in pretty much the same way. All you need is boiling water and the tea itself. However, depending on the type of tea you’re having, there can be some variations in how long it needs to boil, what temperature is optimal, the amount of water needed, and more. There is also a difference in brewing tea bags or loose leaf tea with or without an infuser.

In this article, you can learn how to brew loose leaf tea perfectly in a few simple steps. We will explain how much water it’s best to use, what the optimal temperature is, and clarify many other questions that are important when it comes to brewing loose leaf tea.

Brewing loose leaf green tea is a little more complex than dropping a tea bag in boiling water. It is also brewed quite differently than black tea, as it needs less time to brew and with a lower temperature. Below is how to best brew loose leaf green tea.

How to Brew Loose Leaf Tea Without an Infuser

An infuser is a very useful tool for brewing loose leaf tea, but it’s not mandatory. Here are three alternative ways to brew loose leaf tea without an infuser:

This is the easiest method for brewing loose leaf tea without an infuser. All you need is a strainer and two cups. Put some loose leaves in one cup, add hot water and let it steep. After it’s done, place the strainer on the second cup and pour the tea from one cup to the other. The leaves will stay on the strainer, and you can enjoy your tea.

In China, people don’t use infusers or strainers, and they let the leaves float in the water and eventually settle at the bottom of the cup. This method may be a bit hard to get used to, as tiny leaf bits will float to the top, making it a little harder to drink.

If none of the other methods are feasible, you can also make your own tea bag. All you need is a small piece of cheesecloth or muslin cloth. 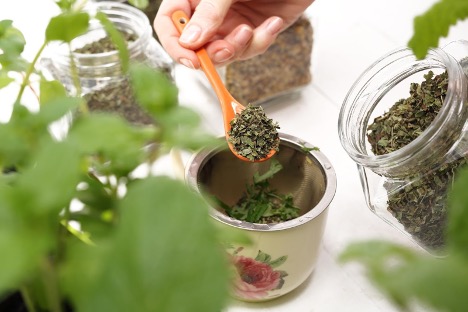 Is Loose Leaf Better for You Than Tea Bags?

Some people have been using tea bags for their entire life, so it may be difficult to transition to loose leaf, especially since it’s a little more complex to prepare. However, loose leaf tea brings many benefits that are certainly worth the extra time it takes to prepare it.

First, loose leaf tea is usually of higher quality than the tea found in teabags. Some brands use the bags to disguise their low-quality leaves, which is something they can’t get away with when the leaves are fully visible. This doesn’t mean that companies don’t put high-quality tea in tea bags, but as a general rule of thumb, you will pay a little extra for loose leaf tea, and it will usually be of higher quality.

One thing that tea bags have over loose-leaf is that they are more convenient. All you need to do is place them in boiling water, wait a few minutes, and be ready to drink your tea.

The biggest advantage of using loose leaf is that it’s better for you. When you steep loose leaf tea, the water can fully absorb the benefits of the leaves, expanding all of their nutrients, vitamins, minerals, and aromas. With teabags, the infusion is limited to the size of the bag, and it simply won’t yield as much flavor.

What Is the Perfect Loose Leaf Tea to Water Ratio?

When brewing any type of tea, including loose-leaf, it is crucial to nail the right ratio between water and tea. For most tea leaves, you should use 3 grams of tea for every 8 ounces of water.

Since tea can be difficult to weigh, you should be perfectly fine in roughly measuring the amount you need based on teaspoons.

When deciding on how much water and tea you need, you should consider how many people you’re preparing tea for. For a single person, 6oz of water and one teaspoon of loose leaf is the standard. Make sure you increase the amounts depending on the number of people you’ll be serving.

How Much Loose Leaf Tea per Cup Is Optimal? 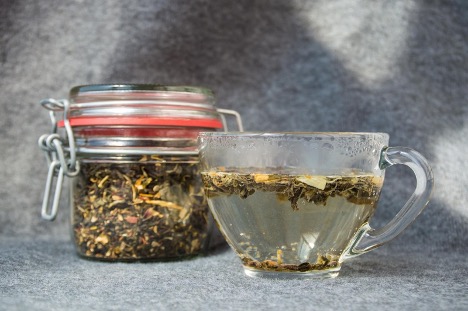 The general consensus among tea enthusiasts is that a teacup should be about 6 ounces. If we consider that we need 3 grams of tea for every 8 ounces of water, that leads us to around 2.5 grams of loose leaf tea per cup. If the cup you’re using is bigger, you should adjust the amount of loose leaf tea accordingly.

To make it a bit easier and clearer, start out by using one teaspoon of tea per cup, which is a rule of thumb when brewing tea and will usually be the perfect amount. If you feel like the tea is a bit too strong or weak for your liking, you can experiment with adding/removing small amounts of tea until you find the perfect balance for you.

What Is the Optimal Loose Leaf Tea Temperature?

You can use a thermometer to measure the temperature and know when to stop steeping, but that isn’t very practical. Instead, you should simply wait for the common signs of boiling water to appear – large and frequent bubbles.

Here are some of the most common mistakes people make when brewing loose leaf tea and how to avoid them:

Don’t be afraid to experiment with the number of tea leaves you use. Western-style brewing usually means using 2 grams of tea leaves per 200ml, but Eastern methods sometimes go up to even 10 grams. However, using too many leaves can also be a problem, so you should try different amounts between these two measurements the first few times to find the perfect taste.

Using a Microwave Instead of a Kettle

While some teas may be able to handle longer steeping times, most teas will lose taste and become bitter. You shouldn’t steep green tea for longer than 3 minutes, black tea for over 5 minutes, and herbal for over 10.

Tea contains EGCg, a bitter catechin, and if you over-steep green tea, more of it will be released, making your tea too bitter to drink. Additionally, over-steeping brings the risk of more toxins and unwanted metals being released, especially if your tea is coming from unknown sources.

Can I Reuse Loose Leaf Tea?

Yes, loose leaf tea can be reused. Sometimes, it is even recommended to re-brew the tea for the best flavor. The number of times you can do it depends on a few factors, such as:

For example, black tea can be reused 3-4 times after the initial brew. Keep in mind that the steeping time also increases by 2-3 minutes with each brew. So, for black tea, which takes 6-8 minutes to brew, it would take 8-10 minutes on its second brew, and so on.

Also, make sure that you don’t re-use the same leaves more times than recommended since significant features of the tea change each time you brew it. Additionally, avoid using the same leaves the very next day. Always let a few days pass before reusing them again.

Should You Stir the Tea While Steeping?

It is totally up to you whether you want to stir the tea while it’s steeping. Most people prefer to let it sit and steep, as the tea will usually release all of its useful nutrients by the time it’s done. It is a misconception that the water won’t fully absorb the tea unless you stir, and it really makes no difference at all.

Sometimes, however, if you notice that the leaves seem “stuck”, you can stir them a little to make sure that they’re properly distributed across the cup.

That’s about it when it comes to learning how to brew loose leaf tea. The process isn’t rocket science and is actually quite simple to grasp. All you need is the right tools and a bit of practice. In addition, make sure to remember the right measurements for brewing loose leaf tea so that it ends up being tasty and flavorful for everyone.

Abby’s Ohana Tea is the place to go if you’re ready to explore the world of loose leaf tea. Purchase various types of loose leaf tea with ease from the comfort of your own home with just a few clicks. Contact us here to learn more.